In this high-octane fourth book in the New York Times bestselling Dorothy Must Die series, Amy Gumm must do everything in her power to save Kansas and make Oz a free land once more.

At the end of Yellow Brick War, Amy had finally defeated Dorothy. Just when she and the rest of the surviving members of the Revolutionary Order of the Wicked thought it was safe to start rebuilding the damaged land of Oz, they realized they’ve been betrayed—by one of their own. And Dorothy might not have been so easily defeated after all.

In the fourth installment of the New York Times bestselling Dorothy Must Die series, the magical Road of Yellow Brick has come to the rescue, and whisked Amy away—but to where? Does the Road itself know where she needs to go to find the help that she needs?

Welcome to the other side of the rainbow. Here there’s danger around every corner, and magic shoes won’t be able to save you.

Because wtf?? This series started off fabulously. I absolutely loved Dorothy Must Die. I found it fun, intriguing, and fresh. Despite me having no interest in Oz, I liked it. And then the series just went down hill, particularly with the third book, but mostly with this one.

Firstly – did this get proof read? There were so many punctuation mistakes. This is a piece of published work for gods sake, it is just ridiculous. So that also added on to the feeling that I had that they wanted to stretch out this series as long as possible, not really giving a shit about the quality anymore.

What happened to you Danielle Paige? It was always my impression that people got better with time, with practice. But everything new from you, I haven’t really liked. Stealing Snow was one of the worst books I have ever read.

So I am thoroughly disappointed in this. The writing was extremely juvenile. It had some witty dialogue that was enjoyable, but often times it began to fall in to the categories of “trying to hard” and “cringey.”

The whole plot/storyline of the parallels and link between Dorothy and Amy could’ve been really interesting and emotive but it wasn’t. There has been three other books to set this up (I haven’t read the novellas) and it still felt rushed.

Also the whole added pov. I’m not going to say whose it was . . . but oh my god. That’s where I got the word juvenile from. So terribly written. And this could’ve been a chance to get readers to be on board, but NOPE. Just bratty. Although there were moments where a peak of deeper characterisation and background peeked through – THEN ULTIMATELY SQUASHED. Sure, it was to show that this person was killing that part of themselves, but still. It wasn’t done as well as it could’ve been.

I still quite love Nox. I liked Madison. Amy was good.

I think this would be about 1.5 star because at times the story was good and ultimately I was satisfied with the ending (I think it’s the best I could’ve hoped for at this stage).

But for now I am just so done with Danielle Paige. 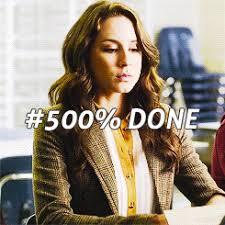 One thought on “The End of Oz – Danielle Paige (Dorothy Must Die, #4)”